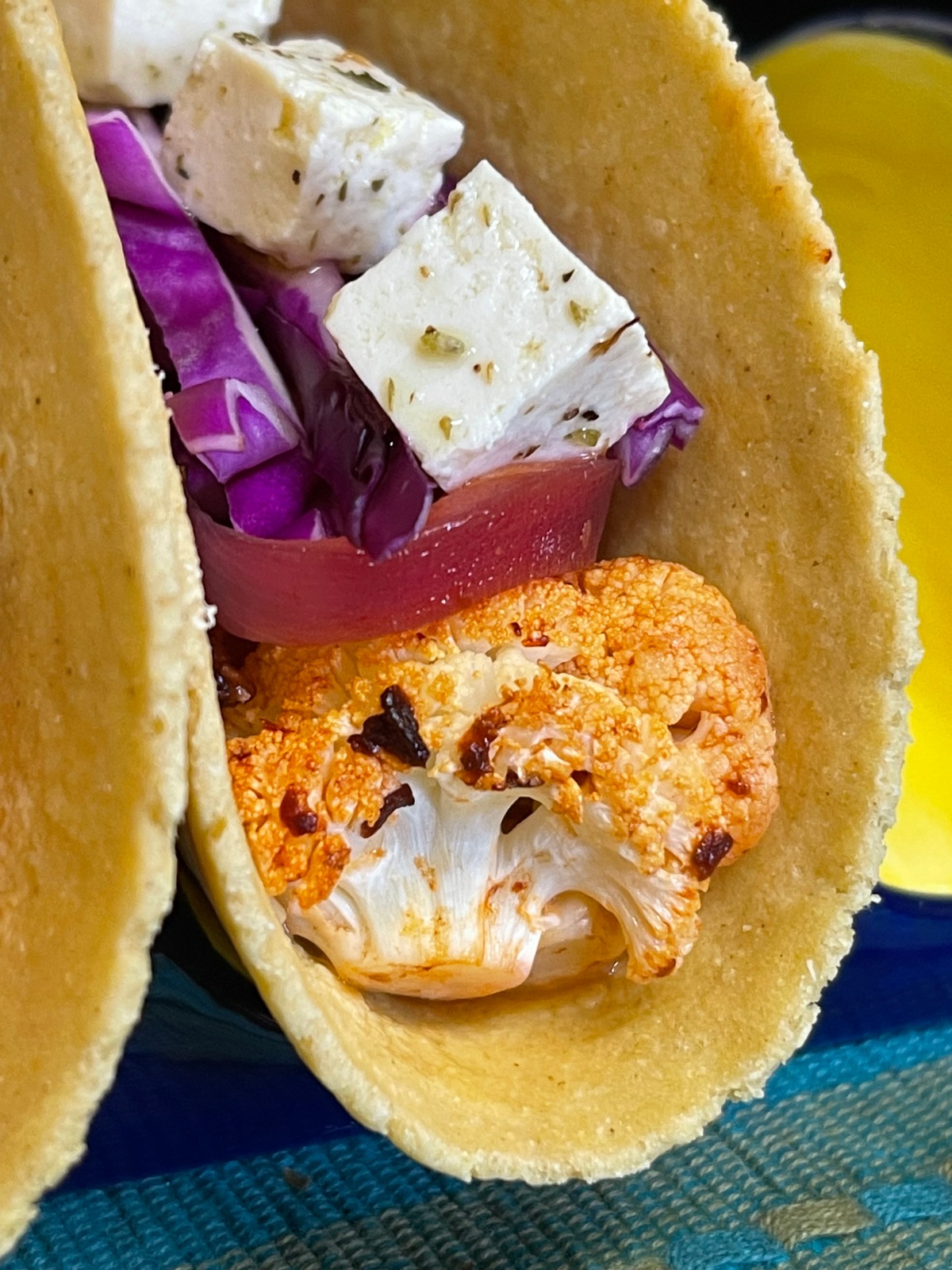 My family loves these tacos so much, fights have come close to starting over one thinking the other’s taking more than their share !

The cauliflower and sliced red onions really absorb the chipotle-lime marinade, giving the taco some heat and acidity. The red cabbage gives a nice crunch to the dish and while the original recipe called for crumbled queso fresco or feta cheese, we tried out this recipe for tofeta (tofu feta). It’s been a while since having actual feta so I’m not gonna say this is a 100% replica of feta but it does have a nice level of saltiness to it (doesn’t make you feel like you need to drink something afterwards) and the oil/lemon juice marinade for the tofu gives it a little fatty/bright flavor that pairs really nice with the oregano that’s also in the marinade. Based off the reception we’ve had for this dish, I’d suggest on only expecting this to last 1 day !

We’ve had the taco recipe for so long that I don’t know where it came from other than the fact that it came from a magazine (picture from the magazine was stapled to the copied down version) and the tofeta recipe came from “Vegan on the Cheap” by Robin Robertson.

I wasn’t paid in any form to promote either recipe or the sources that they came from.